**Sorry, I couldn't find the pics that go with this segment. I will add them later.**
I, and my furry family, left Dayton, NV about 1:00 pm on Sunday afternoon. It was a mostly cloudy day and the road was about as busy as a lazy, spring afternoon should be. We made it to Tonopah, NV about 5:00 and gassed up the van and the gas cans for the generator and immediately left out for what was to be a blissful even camping beside the hot springs at Alkali Flat.
I said ‘supposed to be’ as it seems that the Flat, and the hot springs, had disappeared in a dust storm … LOL! Well, probably not! But my phone was dead and my directions were hidden deep inside its circuitry. I took ‘the road less traveled’ that headed toward the Flat for about 15 miles, no Hot Spring in sight. And as I was in uncharted territory, I headed back toward Hwy 95 South toward Las Vegas. We ‘camped’ in the truck parking lot, across from Denny’s, in Beatty, NV. And there ended our first day on this road trip.
I awoke Monday morning – very dark and VERY early – to my mattress laying flat against the platform. It seems that my three-legged cat, Hop-Along Catsity – or Hop for short, had popped it once again. So much for a NEW Airbed … it would have to be replaced while I was in Las Vegas later in the day.
The day ahead looked gray and cloudy – at least the weather did. But the open road beckoned me on, so we mounted up and headed out. First stop, Fort Armargosa and coffee. It was a brief stop and the coffee was tasty. Now, onward ho!
I arrived in Las Vegas about 9:00 am, seeking a place to buy a ‘non-air’ mattress. I stopped at a mattress store and told the salesman what I was looking for and that my funds were very limited. He gave me an AWESOME deal on the mattress, just $2 over cost – over $400 savings. Praise God! I made a couple of other stops then met my cousin, Mary Morton Keum, at a local restaurant for dinner. I had planned to treat her, but God had a different plan – she bought me dinner. We talked for a good long while over our plates of food. I would have loved to spend more time chatting, but the open road was calling me on and the shadows were quickly turning into darkness in the skies above. So we hugged and said our goodbyes – wished I had taken some pictures. Oh well, next time. And there will be a next time as she gave me an open invitation to stop and park a while at her place in the future.
We traveled on down Hwy 93 to Boulder City and the Hoover Dam Lodge Overflow for our second night of camping. This ‘campground’ was also a truck parking lot, just across the street from … you guessed it, Hoover Dam Lodge. Well, it is now nearly 7:00 am, and I still need to have breakfast and break camp, so I will close …

Email ThisBlogThis!Share to TwitterShare to FacebookShare to Pinterest
Labels: Chosen paths, Life's Journey, On the Road Again., Tennessee or Bust! 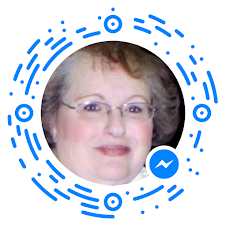